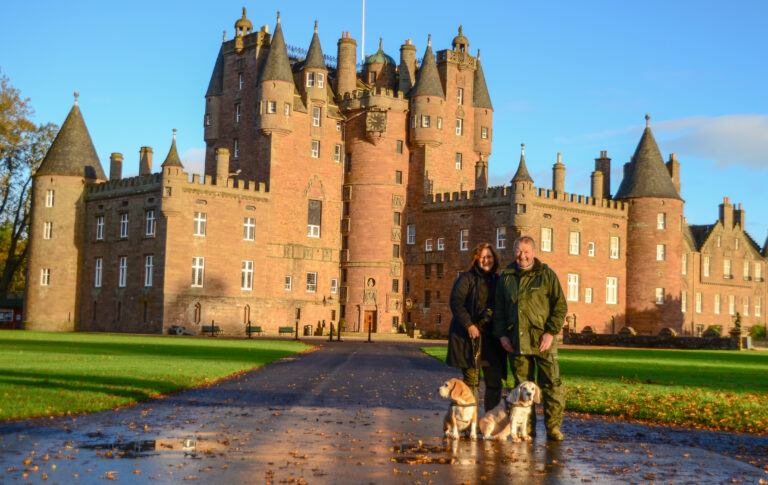 Since the early ninety’s Hotsche Luik MSc has been a dog behaviour and detection specialist involved in diverse research projects.

Within her scope as a behaviour researcher she is known for research amongst other emotions in dogs and other animals. Participating with her expertise in a variety of research work outside her own company.

As a scent detection specialist she has vast experience in every part of general nosework, combining searching,tracking and detection.

Within this field of expertise she also started in the 1990’s teaching educational programs for people who at that time were working professionally with search, track or detection dogs.

Because of the growing interest in this specific discipline she decided to broaden the scope for people working in this field to be able to get more professional knowledge, create the same opportunities for every serious dog owner to participate in these educational programs, lessons, clinics, lectures, workshops to complete Scent detection education given at a professional level.

Workshops for fun, to detect human blood, search for paper money or for truffle, are some examples of the five day workshops for interested students.

Her experience, with this field of research and co-operation in diverse project’s are endless.

Interaction with biologists and so called eco-dogs. These dogs are used to find rare animals or plants, or pests. Nowadays bed bugs are a common issue.

Other issues are training dogs to find leakage of natural gas and other environmental substances, mostly by big energy companies.

For some of the projects she worked on she was required to sign a declaration of confidentiality.

In crime scene as well as in missing person search work Hotsche has trained some specialized dogs able to target the scent on less obvious items.

She was one of the first serious dog trainers in the Netherlands who successfully was able to initiate the training of diabetes alert dogs. These dogs are as far as training goes an exception to other search or detection dogs. They are personally identifiable dogs, who should be compensated by insurance, which in several countries is not the case yet. To make a big step in the right direction Hotsche is the only Dutch member of the International Diabetes Detection Working Group, involved in research and making a protocol and list of demands to training these dogs.

She has made many public appearances on several TV and radio shows mostly due to her very specific scientific molecular research to scent detection and particularly specialising in bio-medical detection. Training a dog to detect an illness is not the most difficult thing to do, training a dog to detect the smallest change in a molecular or microbiology area is work for specialists and an art form!

Research and training of different dogs, each trained to detect a specific kind of cancer was one of the first medical training programmes Hotsche ever started with. This broadened next to several cancer types, and other neurological diseases, moulds, bacteria,and other illnesses.

She was the first trainer in the world to train a dog to detect one specific bacteria and detect this bacteria only when this bacteria is producing toxin. This in a laboratory setting as well as practical applications in hospitals and nursing homes, where this bacteria Clostridium difficile, can cause huge problems.

She started the Scent Detection Academy many years ago, in which she now works with Eric Burchell. It offers a selection of different unique opportunities, lectures, seminars, clinics and education programs and workshops. All are linked to to the use of the dogs nose, in hunting as in every other type of detection, search or tracking by dogs. They both work in a similar way, many resemblances but their own specialisms as well. A compatible team.

A diverse career in specific scent training and consultancy with dogs from 1993 until the present time, field of expertise is vapour and particulate detection at trace levels and has lectured to police and government agencies both in the UK and Internationally.

Engaged by Group 4 Security as a consultant dog trainer for explosive vapour detection, this contract ran until 2000 under the auspices of several different UK Government Agencies and resulted as a world-wide well known vapour detection system (RASCO, RASCARGO, REST or DIAGNOSE) using air extraction and dogs to become an accredited detection system and utilised today at International airports, border crossings and sea ports.

Engaged by DSTL (UK) as a supplier of services and training for the vapour system. This was a research and development project to develop the potential of analysing sea containers, vehicles and building complexes for narcotics and explosives using dogs as a two part system using air extraction!

Supplier of dogs to the USA Military at Lackland Air force base in San Antonio Texas and the USA Customs facility at Front Royal Virginia and recognised as a regular present day vendor/supplier.

Engaged by the Norwegian Government in association with the UN as a consultant trainer advisor for the NPA (Norwegian Peoples Aid) to work in Angola West Africa on related Land Mine Detection projects using dogs.

Worked as a consultant in Mozambique East Africa on related land mine projects for the South African Government.

Both of the UK government agencies DSTL AND PSDB now the Homeland Police Development Branch invited my company to participate in blind explosive trials lasting two weeks each at three different west coast sea ports in England and also a two week separate evaluation at the then new channel tunnel complex.

Engaged as Consultant to UK Customs (Now UK Border Control) for trialing the vapour system to see if it could be implemented into their dog programme but without any serious input, dog training or provision from my company resulted in ultimate failure.

Launched ACTK9CZ s.r.o in the Czech Republic as owner and senior partner/ consultant trainer to breed and supply dogs to Asia and the USA.

I opened ACT Detection Dogs (NI) Ltd with a view of breeding home grown dogs (Labradors and Spaniels) instead of country wide searches for training candidates, owner and chief trainer. Was originally based in Downpatrick Co Down Northern Ireland and Surrey England and now operating in the UK and The Netherlands.

Supplied all 15 explosive detector dogs (green) for the 2009 G8 summit in L’Aquila, Abruzzo Italy, all Labradors all home bred!

Engaged by the NDEA (Seychelles) as service provider and training consultant for the drug detection k9 unit and the SPDF (Seychelles) to supply explosive detector dogs.

Engaged by Mechem Consultants of South Africa to supply 15 dogs to the WWF for a new project for the imprinting of Rhinoceros horn with a further 9 dogs provided in January 2011.

Professional trainer from the United Kingdom of all gundog breeds, including winners of Field Trials with Cocker spaniels, English springer spaniels, Labrador retrievers, and English Pointer.

Breeder and trainer of 12 Field Trial Champions in the United Kingdom, USA and Italy and top breeder at the British Cocker Spaniel Championships four years running 1987- 1990 and also placing 2nd myself as handler and trainer.

I was promoted to the B Panel judging panel in1988 with the English Kennel Club for Spaniel Field Trials.

I have sold competition and shooting dogs to many countries, including Belgium, Denmark, France, Holland, Italy, Spain and Sweden in Europe, South Africa, Nigeria and nine states in the USA.

I am currently teaching educational classes with my partner Hotsche Luik. Together we organise these classes based in the Netherlands but with international affiliates in for instance USA, UK, Canada, Singapore, Malasia, Australia, Ireland, Italy, Spain, France, Belgium, etc.

I ran a game shooting business in the United Kingdom for 12 years entertaining clients from the UK, Europe and the USA, I have shot game myself in the UK and Ireland, France and Belgium,Sweden Italy, Czech Republic, South Africa and the USA.

This company is based in the United Kingdom and the Netherlands and any similarity to a website registered in Sweden of the same name has no professional connection either with certification of staff or historic development technology.